New Registers of Scotland statistics on the increase of property prices

Registers of Scotland’s (RoS) director of commercial services, Kenny Crawford, said: “The volume of residential sales in Scotland in April 2016 was 6,665, a decrease of 16.0 per cent on the previous year.”

March 2016 experienced a relatively high volume of residential sales at 11,017.

Mr Crawford explained: “The decrease in April 2016 was anticipated following the high volumes in the preceding month.”

Changes made to Land and Building Transaction Tax for additional dwellings (including second homes and buy-to-let properties), came into effect on 1 April 2016 which was a contributing factor to April’s decrease.

Over the past year the largest increase was felt in the City of Edinburgh, where an increase of 11.7% took the average price of a property to £240,978.

Comparatively, the largest decrease at 6.8% was in the City of Aberdeen where property prices dipped to £178,069.

The average price for property purchased with a mortgage heightened by 4.8% to £148,379 compared to the previous year whilst average cash sale prices also increased to £132,248, a rise of 4.3%.

New build properties were also included in the price rise, and in June 2016 the average price was £182,481, which is an increase of 3% on the previous year.

Similarly, existing resold properties saw an increase of 4.9% on the previous year bringing the average property price in June 2016 to £141,743.

All property types showed an increase in average price when compared with the previous year, with detached properties showing the biggest increase of 6.2 per cent to £246,291. 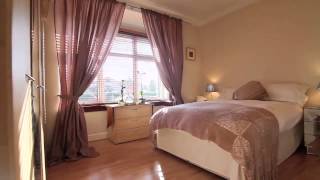 Things to remember when viewing a house

New Registers of Scotland statistics on the increase of property prices

Things to remember when viewing a house